Dear clients! It is with regret that we had to close all of our stores following new government recommendations. The return is scheduled for April 13, 2020. If you must communicate with us, please send us an email at the following address: info@flowersezgo.com. Thank you for your support and take good care of yourself !
5$ Rebate
Code = mobile5
x
Need Help? 1-888-219-6922
Sign In Join for Free
MENU
Popular Searches 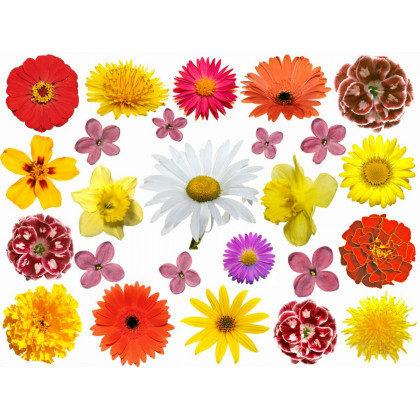 Our planet produces more than a thousand kinds of flowers and up to date, the number of types of flowers that actually exist is still unknown.

What is the most popular flower?

The rose is undoubtedly the most popular flower in the world. There are more than 100 species of roses. The roses form a climbing or trailing group, with stems which are very often armed with sharp spines. Roses come in many colors ranging from white to yellow and red. Most roses are native from Asia, but they can also come from Europe, northwest Africa or North America.

The different kinds of flowers and their meanings

Our planet produces more than a thousand kinds of flowers and up to date, the number of types of flowers that actually exist is still unknown. However, we have compiled a list of the most popular types of flowers found in gardens and as gifts:

Alstroemeria, commonly called the Peruvian lily or Inca lily belongs to the Alstroemeriaceae family. This flower species is native to South America, although it can also be found in the United States, Mexico, Australia, New Zealand, Madeira and the Canary Islands.

There are two species of amaryllis. The best known of them is called Amaryllis belladonna and she is from the Western Cape region of South Africa.

Asian lily is one of the real lilies and is native to Japan.

Aster is a type of perennial flowering plant and there are more than 180 species.

Azalea is made up of more than 1000 species of woody plants of the heather family and found mainly in Asia, although it can also be found in the Appalachians of North America.

Begonia is one of the perennial flowering plants in the begonia family. This genera has more than 1,750 different species. The origin of this flower is found in rather humid subtropical and tropical climates.

The majority of bird of paradise are found in New Guinea and eastern Australia. The family has more than 40 species in 15 different genera.

Commonly called calla lily, this species is part of the Araceae family, native of South Africa.

Carnation is a species of Dianthus and we think it is probably native to the Mediterranean region but given the extensive cultivation of the last 2000 years, it is not easy to confirm.

Cyclamen has more than 20 species of perennial flowering plants of the Primulaceae family. The origin of the cyclamen is mainly found in Europe and eastern Iran. They are appreciated for their flowers with raised petals and leaves with various patterns.

Cymbidiums are native of Asian mountains. They rather like cool, well-lit places. With a good location, this robust plant will bloom again without problem.

The dahlia is native of Mexico and Central America. This flower is found in the same family as the sunflower, the daisy, the chrysanthemum and the zinnia.

Daisies are native of northern and central Europe. The origin of the word Daisy literally means "eye of the day". At the time, it was so called because daisies open very early at dawn when the day has barely started.

Delphinium has more than 300 species of perennial flowering plants of the Ranunculaceae family and is native to the Northern Hemisphere and the high mountains of Africa. This plant and its flowers are toxic to humans and livestock.

Dendrobium belongs to the family of orchids. Its origins are found in various habitats including much of South, East and Southeast Asia, including China, Japan, India, the Philippines, Indonesia, Australia , New Guinea, Vietnam and many other Pacific islands.

Freesia takes its name from a botanist and doctor named Friedrich Freese. It is part of the Iridaceae family.

Gardenia is native of tropical and subtropical regions of Africa, Madagascar, the Pacific Islands and Asia.

Geranium is a type of flowering plant with more than 200 species of perennials, shrubs and succulents.

Gladiolus is a type of perennial plant that is part of the iris family and can be found in several colors.

Heather exists in more than 850 species of flowering plants. Arranged in clusters, the flowers are most often pink, sometimes white or greenish.

This flower commonly called hyacinth is native to the eastern Mediterranean and is part of the genus of bulbous and fragrant flowering plants.

Hydrangea has more than 70 species of flowering plants which are mainly native of Asia and the Americas. These shrubs can reach 1 to 3 meters high although lianas can reach up to 30 m by climbing trees.

Hypericum is found all over the world and is identified by its oval shaped leaves and yellow flower, which also has black pin spots.

Iris has more than 250 species of flowering plants. It takes its name from the Greek goddess of the rainbow named Iris.

Jasmine is a genus of shrubs and vines that contains over 200 species and is native to the warm tropical and temperate regions of Oceania and Eurasia. Jasmines are widely cultivated for the characteristic scent of their flowers.

Commonly known as a daffodil, it is a bulbous flowering plant that is native of Portugal and Spain.

Kalanchoe has more than 125 species of tropical and succulent flowering plants and which is mainly located in tropical Africa and Madagascar.

Larkspur produces large blue flowers on airy stems. This plant adds splendor to any garden and goes very well with other perennial and annual plants.

Lavender has over 45 known species of flowering plants and is native of the Canary Islands, Europe to Africa, the Mediterranean, Asia to India.

Liatris is a genus of flowering plants in the sunflower family native to North America.

Lilac has more than 12 species of plants and it is native of south-eastern Europe to eastern Asia. It is widely cultivated in temperate zones.

Lilies are a group of flowering plants that are important in world culture and literature. Many species are native to the temperate northern hemisphere and it can extend to the northern subtropical regions.

Lisianthus is native of northern South America, the Caribbean, Mexico and the southern United States.

Magnolia has over 200 species of flowering plants and it was named after the botanist Pierre Magnol.

Mini carnation is a tiny flowering plant with a bushy head that integrates well with other plants.

Orchids are one of the two largest families of flowering plants and they are very colorful and fragrant.

Oriental lilies bloom mainly from mid to late summer and are known for their fragrant scent. These flowers have a rapid growth rate and should be planted in full sun.

Spathiphyllum has more than 45 species of flowering plants and is native to Southeast Asia and the tropical regions of the Americas. Certain species of Spathiphyllum can also be called spar or peace lily.